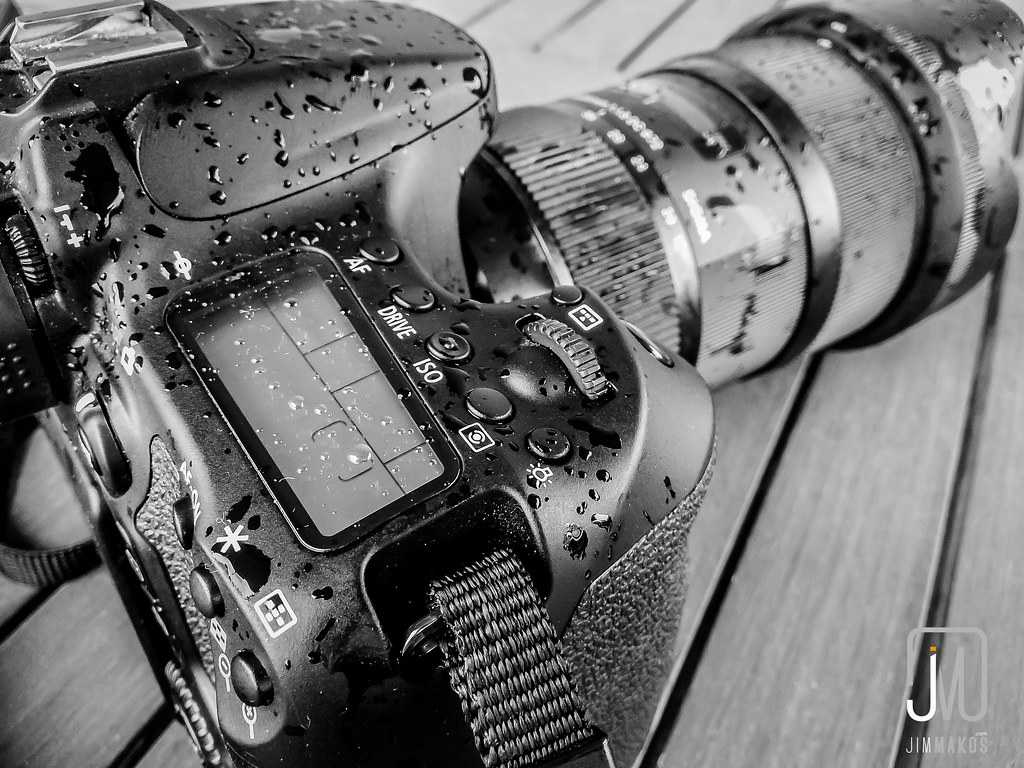 First off let me say that the experience of falling in water with your camera around your neck is not the best fun you can have. My personal attempt did result in good scores from all judges especially as I bounced on some fairly large boulders before hitting water. Sadly, my Fujifilm x-T1 also saw action and while I have now dried off, and indeed so has the camera, the 18-55mm f2.8-4 lens that was attached to it is proving to be a little stubbon. Here’s what I have been doing to recover from this semi-disasterous situation.

Your Next Actions Make a Difference

Firstly, let’s rewind a little because the actions you take when this sort of thing happens really matter. So, while still lying in the water I had the presence of mind to pass the camera to a passer-by who came across to help. That move was practically instantaneous which meant that while the camera was under water for a few seconds, it was not in water for minutes. It was also turned off, another plus point. The other big plus point here, if there can be one in this situation, is that the water was practically pure as well as being fast moving as it was generated by a cascading waterfall on Dartmoor. Had the camera fallen into seawater, or a murky algae laden pond I would not be as confident that I can recover the camera or the lens. So, what can you do to improve your chances of a successfull outcome?

Firstly, let’s talk about the camera body. Although emersed for a few seconds, all the compartment doors were at least closed and the camera was off. Once I was back on my feet, and although drenched, I immediately removed the lens, the battery, the memory card and I opened up all of the compartment doors. I was fortunate in that I was carrying a microfibre cloth and although my canvas camera bag did get a little wet, it didn’t get soaked. That was lucky because it also had two spare batteries and a Viltrox 23mm lens inside. First job, remove every drop of water off every part of the camera body I could access. Amazingly, no water had got into the sensor chamber, it was bone dry thanks to the 18-55mm that was attached. There was a little water in the various compartments but overall it cryed off externally very quickly due in no small part that it was a nice dry and warm day. Normally I would have hightailed it home at this point but as it was a family day out and we had our grandchildren who are only three and five, I decided to trudge around for the next hour or so. In fairness, other than being drenched and a little sore I came off pretty lightly and my youngest grandson George was a delight helping me up and down the routh terrain at every opportunity. As I walked, I allowed the camera to sit in the breeze with all the compartment doors open. I had fitted the Viltrox 23mm by this point as I didn’t want to add fuel to the fire by allowing dust and debris into the camera body via the open sensor compartment. Ideally I would have used a body cap but of course, who carries one of these around just in case you fall in a river, stream, pond or the sea!!

Over the next couple of hours the light breeze dried off the camera a treat and I eventually made it home about three hours later. When I did, the first thing I did was to remove the Viltrox 23mm and to put some cling film over the lens apperture. It was still bone dry so I think I got really lucky here. I then opened the window and hung the camera on the window pole to gently continue to dry out in the breeze. By this point in time there was no water apparent anywhere so I thought this was perhaps a good first step. I left this overnight and then in the morning, I put it on a radiator (this was on very low setting) to allow a little more heat to access the internals. I didn’t however put the camera directly on the radiator, I lifted it up about an inch to allow the warmth to envelop it. All the doors remained open, including the LCD panel which I had pulled out earlier to dry off and had kept it there. After a day and a night more of doing this, I decided to test the camera. Interestingly, the on/off switch, which on the x-T1 is part of the shutter button, was really stiff which worried me a little. However, with a little persuasion it moved and turning it on and off a few times (with the battery out) resolved the problem. I also checked all of the other dials and buttons for similar problems but these were all good, no stickiness as far as I can see.

Did the camera fire up? Amazingly it did, without issue other than it looked like the damp had forced a factory refresh as I needed to reset the language, the date and the time. All of my eight Presets had also been wiped but no big deal, I only really use two slots and I know the settings off by heart. Having shot a few bland test shots I turned off the camera and set it to one side. It’s being sitting in the corner since then and I’ve just tried it again and it’s working fine.

As I mentioned, the Fujifilm 18-55mm really didn’t do well in it’s encounter with water. Unlike the camera it was sopping wet. The worry here then is that even if I manage to dry it out, it is very likely that despite the water being really pure, there are going to be some water marks on the internals of the lens etc. It is also a toss up as to whether the electrics will ever work again. Now I’m prepared to sit it out for as long as it takes to dry it out totally as I still have the gorgous Viltrox 23mm working perfectly on the x-T1 plus I have the Samyang 12mm manual to play with which is huge fun. All in all, and while I might miss the 18-55mm, I can still shoot perfectly well with what I’ve got. Anyway, let’s talk a little now about what I have done to try to recover this lens.

The first thing I did was on the way home we stopped off and bought a huge bag of rice. Rice is brilliant for sucking up moisture so it’s a good first step, after drying the lens externally, in sucking up the moisture in the lens. Now, given the amount of water drops I could see on the internal lenses, this was never going to be a quick solution. It could take days if not weeks to remove all of the water, even in a warm home. Anyway, I popped the lens into a plastic container completelysurrounded by the rice. I used a fair amount of rice for this as it’s cheap and plentiful. I then put a cleanfilm over the top and let it sit for 5 days before sneaking a peak. Interestingly, the top lenses were dry, or at least appeared so, while the lens closest to the sensor, which had ben bone dry whan I started drying out the lens, was covered in water drops. This tells me that water is moving freely around the lens and that the process is working, albeit very slowly. In order to try to speed up the process, although why I don’t know, I have now put it on the radiator, which is only slightly warm, to hopefully help with the process. I also felt it wouldnt hurt to move the rice around. I’ll add some photos later to illustrate the process of camera and lens drying.

So, as it stands I have at least achieved some success. My body is repearing itself nicely and the x-T1 appears to be working OK, no apparent problems although time will of course tell how it fairs in the longer term. The 18-55mm although initially not looking particularly healthy has now, and this is after 9 day sitting in rice in a warm environment, dryed out significantly. It might actually be bone dry but you know what, I don’t need to push it and while another few days won’t affect me it might be good news for the lens. Examination today shows that there are some marks on the lens surface, but these aren’t substantial. Whether it will ever work again, I still don’t know. The chances 50/50 I’d say. If the electronics work I have found an interesting article on dismantling and accessing the top two elements to clean them which I will try if necessary. I suspect that this will be some time yet though. Whatever happens I will update this blog post and let you all know how things turned out.

I hope that this article is helpful. Having a good plan of attack in such circumstances is key to success. You also need patience. Everything has to be 110% dry before you even consider turning the camera on and that probably means waiting the 4 or 5 days as I did.