Spolier alert, this article is about using customised settings in your Fujifilm camera to create unique and interesting jpeg’s straight out of camera (SOOC). RAW shooters may want to turn away now 🙂

My interests in photography are coloured by the work of others, especially those involved in documentary, candid and so called street.  Photography of people doing everyday things in particular move me in a way that landscapes and formal portraits never have, despite the fact that I value them for the techical and aesthetic value they often bring to the table. This love of history and the photographers that trudged around the the streets 40, 50 and more years ago, push me inexorably to explore ways in which I can create my own style. This article looks at one such way.

While for the most part I’ve only been shooting digital for the past few years, my interests in photography go back to the 1970’s. My first serious camera was a Pentax KM complete with 50mm f1.8 kit lens although I also loved to play with Polaroid’s and instant film. Like most then I shot mainly in B&W, primarily because this afforded the opportunity to sit in dark cupboards and develop film but also because B&W was, and remains, enigmatic. It is as if by stripping away colour we are able to better see and enjoy the subject for what it is, rather than be confused by everything going on around it. Of course, I also shot in colour, why wouldn’t you, and although I preferred B&W as a medium for my photography, colour images of the day always offered a different take on the world primarily because of the limitations of the technology at that time and the vageries of the various emulsions on offer.

My first serious digital camera, apart from an old Nikon Coolpix from the mid 2000’s, was the Panasonic Lumix GX85 with a 12-32mm f3.5 kit lens. I updated the lens fairly quickly to the 12-60mm f3.5 although I have to say, that kit lens is a cracker. In fact, the GX85 was a great buy, technically capable of producing some great images despite its diminutive 16MP micro four thirds sensor. I still have that camera today but laterly, it’s been a little overshadowed by a move towards Fujifilm technology. It wasn’t supposed to be like this though, up until I bought my Fujifilm x-t1 I was looking to buy the Nikon Z6, newly released and getting excellent reviews. It was a chance article online where I learned about Fujifilm simulations, or so called straight out of camera (SOOC) jpegs that made me rethink that purchase. Although my GX85, and indeed my Nikon D600 and Canon G7 mkII all offered some interesting in-camera effects such as bleached bypass, monochrome, sepia, toy camera, vivid, subdued etc, none provided the tools to allow me to create my own unique style. Fujifilm did and that was a game changer for me because the one thing that I really wanted to do was to get closer to the tones and colours of my photography from the 1970’s. Fujifilm seemed the way forward to achieving that.

Although I could have waded in and bought the Fujifilm x-t3 or x-pro2, I decided to play safe and buy the older but very competent Fujifilm x-t1. My purchase, a 2016 model bought on Ebay, came boxed and still wrapped with all the extras for just £180. It looked brand new although how much use it had actually had I’ll never know. I also bought the 18-55mm f2.8-4 lens and a motor drive, to complete the setup figuring this would offer the perfect opportunity to explore SOOC without breaking the bank. If it was a success, I could always trade up or buy a second body, perhaps the x-t4 which was about to launch or even the x-pro3 which was an even better fit to my documentary interests.

So, what exactly is SOOC and why does it create so much interest? I don’t know about others but the attraction of SOOC to me is the ability to flavour what I capture through manipulating some of the key sensor parameters available to me. In the case of the x-t1 you start by choosing a base film emulation eg Classic Chrome, Pro Neg, Astia, Provia etc and then further modify this to provide a unique and interesting film intepretation. Factors you can control in the x-t1 include dynamic range (which is controlled by ISO), shadows, highlights, saturation, sharpness and noise reduction. Additionally, custom white balance with micro adjustments can be created to push or pull blues, push or pull reds. Changing any of these settings creates a new result SOOC giving the photographer access to literally an infinte number of looks to their jpegs.

Of course to some people, especially those used to shooting RAW, why bother.  Jpegs after all have their colour and tone baked in and offer little scope for further processing without detriment to the original image. True. Fortunately, and like other systems, the Fuji is able to shoot both RAW and JPEG so you get the best of both worlds by choosing this option if you feel that the resulting output needs soem post-processing later. The primary difference to say Nikon or Sony is that, based on the ambient lighting and  your custom white balance, you are able to create a unique film-like jpeg SOOC plus you still have your RAW image to fall back on in post should you need it. The result of these manipulations to the jpeg is that they tend to have a milky, film like quality rather than the super sharpness you often associate with modern digital sensors. The image at the top of the page is an example of an unprocessed jpeg taken straight out of camera (SOOC) which uses various modifications to the tone curve as described above. I have also included a gallery of images at the end of this post that are created in a similar way, all SOOC from the Fuji x-t1. Later Fuji cameras BTW, such as the x-pro3 and x-t4 have even more features which provide for even better filmic experiences, for example the ability to add film grain.

The final part of this article is to look at the how in more detail. I mentioned that all of the images on this page have been created using a particular recipe. So that you better understand what this recipe looks like, I am going to outline the various parts in a little more detail. Importantly, this recipe is based on Pro Neg Hi, which pushes my jpegs towards Classic Negative or Fujifilm Superia 100 as it is better known. Superia 100 is a relatively unsaturated film stock pushed slightly towards blue and red. It has a harder tonality than say Pro Neg Hi which is can be achieved by adjusting the tone curve. Unfortunately, the natural start point for Superia 100 would be to start with a Classic Negative film emulation but this not an option on the x-t1 hence the reason I started with Pro Neg Hi and then modified the various parameters as explained above. So, here are the changes I made to the custom settings:

This recipe is the base for all of the images on this page and as you can see, the ambient light conditions play a big part in what the final image looks like. Many photographers fall into the trap of labelling their images as Pro 400H, Superia 100, Portra 160 etc but in reallity I don’t feel that it’s possible to label a set of images in this way purely because as the light changes, so does the look of the image. I prefer to call my sets “like” Superia 100 as this is more appropriate in my eyes.

Fuji have in my eyes nailed the ability to take photography away from the pixel peepers into a whole new and exciting realm where the subject and composition matters much more that the sharpness of the image. Of course, my Sony shooting pals think I’m nuts but to me, it’s the imperfections in what I capture that make the image perfect for me. 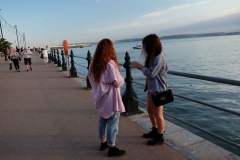 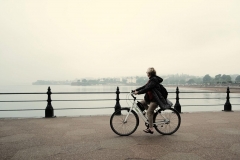 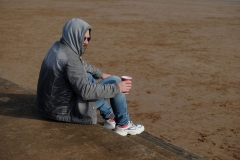 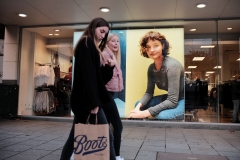 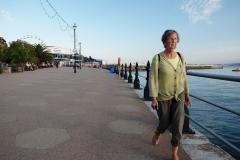 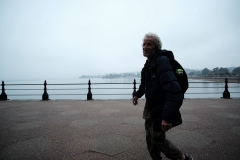 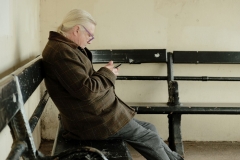 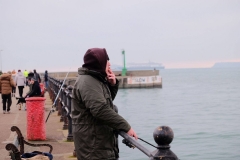 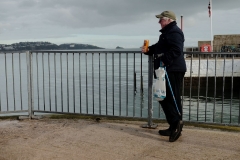 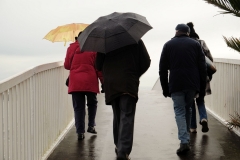 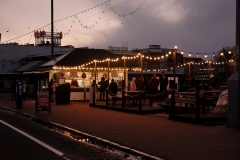 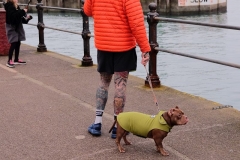 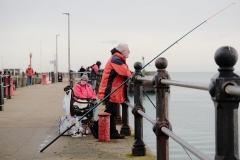 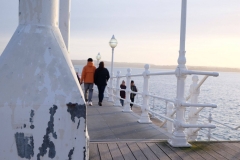 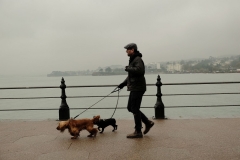 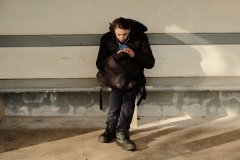 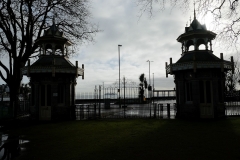 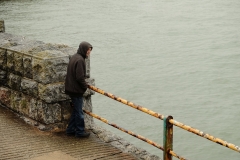 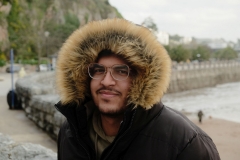 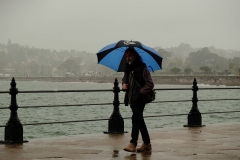 The next phase of this particular “let’s get back to an analogue world” is to use my film results from the expired Superia 100 and Reala 100 films I have to help me fine tune my recipe. Although I love the Fuji x-t1 I fear that eventually I am going to have to upgrade to a later version in order to have access to some of the newer tweaks those cameras have with regards recipe formulation.