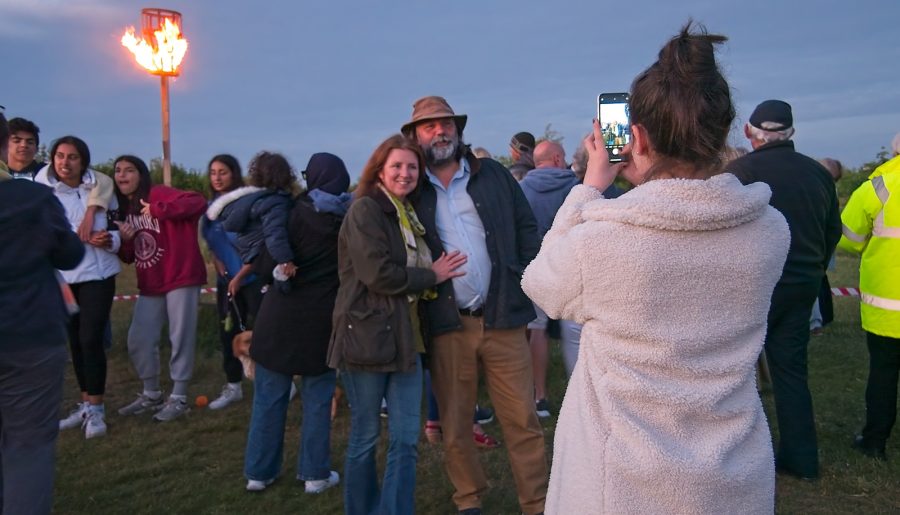 It would be remiss of my not to post something about the Platinum Jubilee which is going on this weekend. Yesterday I had the privilige of being a part of the beacon lighting which occured across the country at 21:45 last night. In Torbay beacons were lit at Corbyn Head, Daddyhole Plain and Berry Head marking our respect for the queens amazing service to our country over the past 70 years. Along with several hundred other people, I attended the celibrations at Daddyhole Plain under the watchful gaze of the National Lifeboat Institute which had the honour of lighting the beacon at the alloted time.